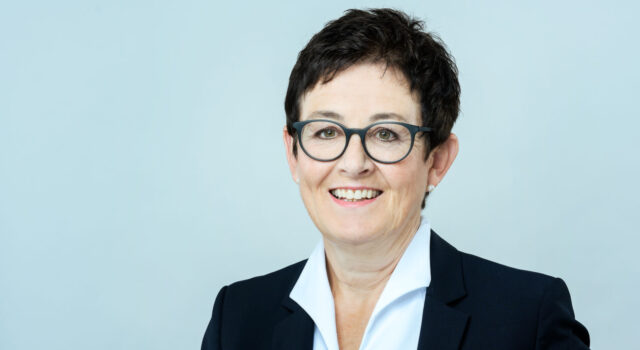 The results of the 2018/2019 review period confirmed the positive developments that have been seen since 2011. The infection rate fell consistently for nine of the intervention forms recorded. The infection rate after a Caesarean section rose for the first time. The proportion of people who underwent surgery and received their antibiotic prophylaxis at the correct time was reported for the second time. Compared with the prior period, this proportion increased significantly for six forms of intervention and fell for one form.
Link to press release

In view of the considerable pressure that hospitals and clinics were under due to COVID-19, the review for the reporting year was moved from 1 March to 31 May and from 1 November onwards. The annual symposium between Swissnoso and ANQ was also cancelled due to the exceptional circumstances.

The discussion on streamlining the review method reached a conclusion in the reporting year. The streamlining measures will be implemented at the start of the review period in autumn 2021, the aim being to reduce the workload for hospitals and clinics. The changes primarily apply to follow-up enquiries linked to interventions that involve an implant. The follow-up enquiries will be adjusted in terms of content and time and also simplified by means of the use of an online data collection method. There will also be adjustments to the catalogue of interventions monitored.

Falls and pressure ulcers in adults

The results were published in mid-September. The pressure ulcer rates were comparable with those of the prior year and therefore still at a low level. The overall rate was under the 4% limit for the second time. The fall rate barely changed and remained in the same range as previous years at 3.7%. The injury rate for falls is high when compared with rates internationally. This fact suggests that there could be potential measures for improvement in the hospitals and clinics. The most important results were also presented in the form of an infographic for the first time.
Link to press release
Link to infographic

After the 2019 review, ANQ conducted pilot audits that were optional for hospitals and clinics to check that on-site collection methods complied with requirements. Due to the coronavirus, only two of the three planned audits were undertaken.

The COVID-19 pandemic and the associated pressure on hospitals and clinics also had an impact on the 2020 prevalence review. The review day scheduled for 10 November was cancelled to reduce the burden on institutions.

At the start of December, ANQ published the results of the analyses of BFS data for 2018. In turn, the hospitals and clinics received specific additional evaluations. The overall rate of potentially avoidable readmissions was 4.6% in the case of all evaluable discharges. The predicted value was 4.5%. A total of 26 hospitals and clinics stood out. This was the lowest figure since the start of publication of the corresponding statistics.
Link to press release

In the year under review, the focus was on preparing the first transparent publication of the two-year revision rate. This was completed in early February 2021. The evaluation concept was significantly revised and updated in close collaboration with the SIRIS Foundation, the Scientific Advisory Board, SIRIS expert group and SwissRDL. A publication concept was also created. Both concepts were submitted to the ANQ partners and SIRS Foundation Board for review.

Back in early December, the SIRIS Report 2020 with the evaluation of the 2012-2019 data was published online. The report contains valuable additional evaluations, which make it much more comprehensive than in the previous year. This clearly shows the potential of the register after almost nine years of data collection.
Link to the SIRIS Report 2020

In close collaboration with the SIRIS Foundation, swiss orthopaedics (SO), the Swiss Society for Spinal Surgery (SGS), the Swiss Society for Neurosurgery (SGNC) and EUROSPINE, ANQ prepared the national implementation of the spinal implant register for January 2021. SIRIS Spine makes it possible to generate a valuable national database for quality assurance and development and to undertake national and international comparisons in spinal surgery.

The concept submitted by the specialist associations and the SIRIS Foundation to SIRIS Spine for implementation had already been approved by the ANQ Board in November 2019. The implant register goes back to the decision taken by the ANQ partners in summer 2015 to include a national spinal implant register in the ANQ review plan.

The QC met up for two meetings, during which one of the main issues considered was the streamlining of the review of wound infections. Over the course of the year the QC also approved various documents by means of circulars. These included the National Comparison Report on Postoperative Wound Infections, the SIRIS Report 2020 with summary and the SIRIS Hip and Knee evaluation and publication concept. The QC evaluated the two concepts both before the consultation with the ANQ partners and in a revised form after the consultation.

Anne-Claude Griesser, who had been a member of the QC for seven years, resigned from the committee.

Two of the four planned meetings took place. The QC approved the National Comparison Report for the 2019 review and discussed the newly developed infographic. Its input played a significant role in making the infographic an instrument that can subsequently be of service to hospitals and clinics.

The committee was involved in preparing and planning the 2020 review and received regular updates on the status of the preparations for the planned pilot audits. The QC discussed various scenarios for performing the reviews and training sessions. Bern University of Applied Sciences (BFH) and ANQ are therefore well-prepared if there is any change to the COVID-19 situation in autumn 2021.

The QC also approved a multi-year analysis that will cover the prevalence review data on falls and pressure ulcers for 2011-2018. The analysis will be performed by Master’s students at BFH and Maastricht University and supervised by BFH. The aim of these long-term analyses is to examine changes over the years and acquire insights into the possible potential of the prevalence reviews.

The QC met three times; four meetings were originally planned. It approved the National Comparison Report BFS data 2018 and focused in depth on the issue of additional evaluations in hospitals/clinics.

An exchange took place with SQLape in autumn to discuss the next analysis and the necessary adjustments to the algorithm.

The following changes to membership of the committee occurred in the year under review: Dr. med. Jörk Volbracht of University Hospital Zurich (USZ) was succeeded by Dr. Yuliya Dahlem, who also works at USZ. Prof. Dr. Jaques Donzé of Réseau hospitalier neuchâtelois RHNe and Dr. med. Brigitte Brunner of Uri cantonal hospital resigned from the QC.

The EG SIRIS met four times. One of its main tasks was to help the Scientific Advisory Board (SAB) and author team to prepare the SIRIS Report 2020. It also looked at the essentials of the publication concept and a complete revision of the evaluation concept. The EG approved both concepts for review by ANQ partners and the SIRIS Foundation. The planning of the transparent publication was a key issue during several meetings. The EG also discussed the five-year strategy for the implant register proposed by the SAB.